Birthstone of the Month – Opal & Tourmaline 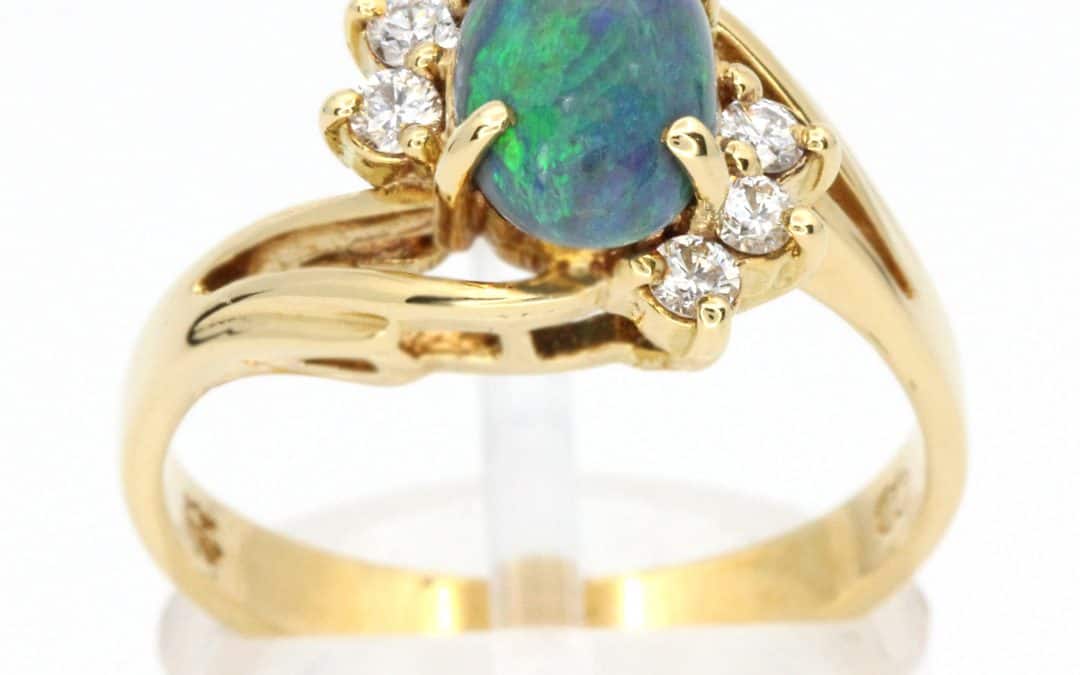 Most months of the year are associated with one birthstone. However, those born in October are fortunate enough to have two gemstones to commemorate their birth month: the opal and the tourmaline. And while both stones are exquisite, popular and make for great jewellery pieces, the two stones could not be more different from one another.

So what’s an opal, what’s a tourmaline, and more importantly – what’s the difference between the two? Read on for our guide to these glittering October birthstones.

Opals are one of the world’s most popular gemstones, and are one of the birthstones for the month of October. One of the most fascinating aspects of the opal is that it can flash every colour on the spectrum with a quality that surpasses a diamond.

The value of an opal depends on its body tone, play-of-colour, pattern, brilliance, colours and size. And where geography is concerned, over 95% of the world’s precious opals come from Australia – where the opal is the national gemstone. 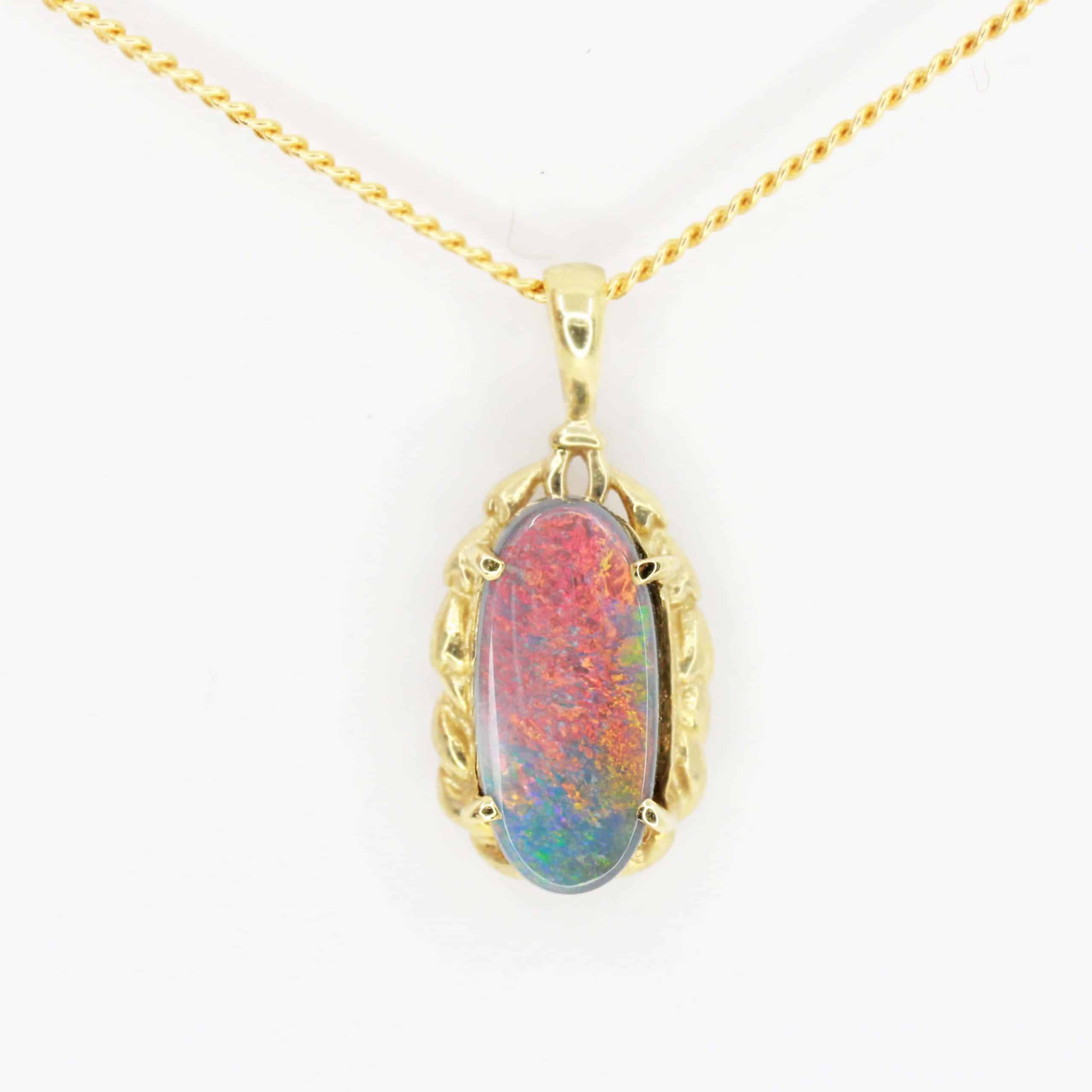 The earliest known opal artefacts date back to 4,000 B.C., and were discovered in a cave in Kenya by famous anthropologist Louis Leakey. History also indicates that the Aztecs were mining opals in South and Central America at the same time.

When it comes to opal jewellery and accessories, some of the world’s most influential figures were renowned for wearing opals. Cleopatra was presented with an opal ring by Mark Antony, natural philosopher Pliny owned one, and Queen Victoria was known to gift opals to her close family and friends.

What Are The Different Varieties Of Opals?

There are multiple varieties of opals found across the world. Three common varieties are fire opals; known for intense red and orange colours, boulder opals; which have an attached rock, and common opals; which are opaque and don’t show the play-of-colour typically found within a regular opal.

Some rarer opal varieties include the black opal; which is characterised by a dark body and often mined in New South Wales, the welo opal; an Ethiopian form which can produce rich colour, and the matrix opal; which displays a network of veins. 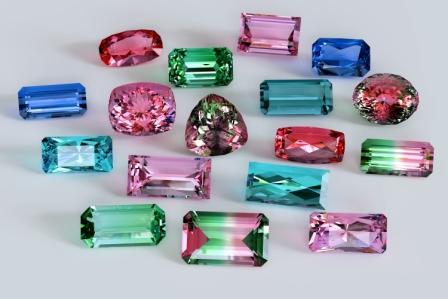 There are a wide range of quality factors when it comes to valuing tourmalines. This includes their colour (thanks to its characteristically diverse rainbow of colour intensity and tone), clarity, cut and carat weight.

The tourmaline gemstone was first discovered off the West Coast of Italy in the late 1600’s to early 1700’s. Tourmaline deposits were then found in California in the late 1800’s, and became known as an American gem through the efforts of geologist George F. Kunz.

Another big market of the tourmaline is China – in fact, the last Empress of the Ch’ing Dynasty was so passionate about tourmalines that she purchased huge quantities of it from California. As such, when the Chinese government collapsed in 1912, US tourmaline trade ceased.

What Are The Different Varieties Of Tourmalines?

There are several coloured varieties of the tourmaline gemstone. This includes the rubellite; popular for its intense red and pink hues, the indicolite; which is blue in hue and hard to uncover, the Paraiba tourmaline found in Brazil, the chrome tourmaline; displaying an intense green hue, and the watermelon tourmaline; a bi-coloured variety with different colours on the inside and outside.

How Did Opals And Tourmalines Become The Birthstones For October?

Scholars can trace the original calendar of gemstones back to the Breastplate of Aaron as described in the Bible’s book of Exodus. The Breastplate was adorned with gemstones that represented the tribes of Israel at the time – and based on this model, the modern birthstone list was created in 1912. It has since been defined by the National Association of Jewellers from the United States.

What Pieces Do Opals And Tourmalines Go Best With?

Opals are a very versatile gemstone, and often appear in a variety of jewellery settings. Examples of opal jewellery types include rings, pendants, necklaces, earrings and bracelets. But though they are popular jewellery settings, opals are also very delicate gemstones. When cleaning opal jewellery, steer clear of bleach, chemicals or artificial cleaners to ensure your opal maintains its clarity, quality and beauty.

Whether it’s a pair of opal earrings or a bohemian-style tourmaline pendant, look no further than the expert team at Perth’s Allgem Jewellers for your next piece of jewellery. Conveniently located in Hay Street Mall in the Perth CBD, Allgem’s wide range of gemstone jewellery pieces, including a range of stunning sapphire jewellery pieces, is sure to suit all design preferences. Contact our professional master jewellers or visit our showroom to take a look at our wide range of luxurious gemstone jewellery.