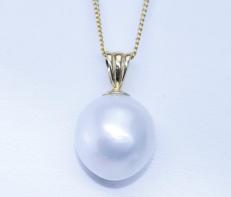 Those born in June are particularly fortunate when it comes to gems – as they call pearls, alexandrites and moonstones the birthstones of their birthday month. Each of these precious gems have their own features, histories and deposit locations across the globe.

So without further ado, here’s the lowdown on pearls, alexandrites and moonstones – the shared birthstones for the month of June.

What is a Pearl? 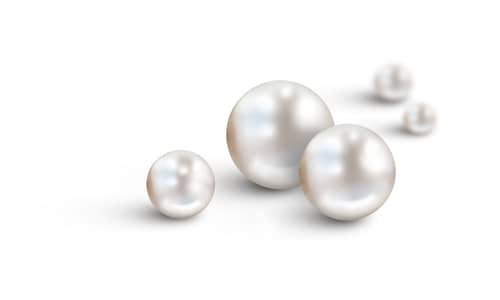 Pearl is a precious gemstone believed to bring its wearer peace, confidence and relaxation. Pearls are the only gemstones that come from a living creature – as molluscs such as mussels and oysters have produced these jewels for centuries. Pearls have been long associated with purity, and as such, pearls make for popular wedding gifts.

The pearl was also thought to have beneficial and healing properties. In Asia, pearls were believed to alleviate indigestion – and some 19th century Arab physicians even maintained that powder from pearls could improve eyesight and ease depression.

Pearls are renowned for their exquisite beauty – and in particular, their lustre. Types of pearls include saltwater, freshwater, natural and cultured. All pearl types can be differentiated by their unique features, including colour, size and lustre. All three of these factors influence the value and pricing of the gem.

Pearls are the world’s oldest gem. Fragments of pearl jewellery have been found in the sarcophagus of a Persian princess dating back to 420 BC, which is now displayed at the Louvre in Paris.

Pearls have also been an important trade commodity since Roman times – with the discovery of pearls in Central and South America in the 15th and 16th century heralding the so-called ‘Pearl Age’. Today, natural pearls are among the rarest of gems that are infrequently found in the seas off Bahrain and Australia.

What is an Alexandrite? 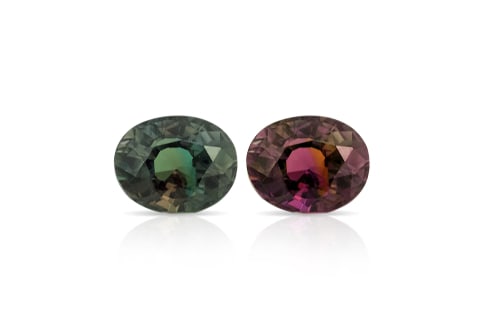 An alexandrite is an extremely rare, colour-changing variety of the mineral chrysoberyl. This gemstone was originally discovered in Russia’s Ural Mountians in the 1830s, and can now be found in Brazil and Sri Lanka. This gem, however, is extremely difficult to find – which explains why it’s one of the most valuable coloured gemstones in the world.

Colour-changing alexandrite is often dubbed as ‘nature’s magic trick’. Its metamorphosis phenomenon is termed ‘Pleochroism’ – as under such light, the stone turns reddish. The alexandrite stone encourages romance, and is said to remind the wearer of their purpose and origin in life. Along with being a birthstone for June, alexandrites are commonly gifted on 55th wedding anniversaries.

The alexandrite gem was named after the young Alexander II, as its red and green colours mirrored the national military colours of imperial Russia. As mentioned above, the first alexandrite was discovered in Russia’s Ural Mountains in 1834, and when the discoverer (French mineralist Nils Gustaf Nordenskiold) found it, he believed it was an emerald because of its brilliant green and ruby hues.

What is a Moonstone? 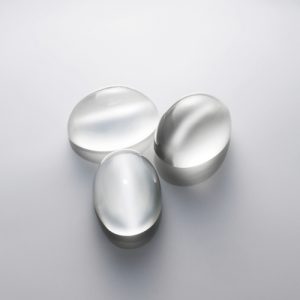 As part of the feldspar mineral group, the moonstone gem exists in a variety of extremely thin layers. The moonstone is characterised by its intriguing adularescene effect, which gives the gem an almost hypnotic and transparent effect. Hindu mythology claims that the moonstone gem is made of solidified moonbeams. This gem is often associated with love and passion – and is also believed to bring the wearer great luck and fortune.

Moonstones can be found in a variety of locations across the globe, including India, Brazil, Myanmar, Mexico, Germany and Sri Lanka. Along with being one of three birthstones for June, moonstones are commonly gifted on a 13th wedding anniversary.

Both Roman and Greek cultures associated moonstones with the gods. In Rome, this referred to the goddess Luna, and in Greece, it was relevant for the goddesses Artemis, Hectate and Selene. In later years, moonstones were incredibly popular gemstones for designers of the Art Noveau movement (such as Rene Lalique and Louis Comfort Tiffany), and also enjoyed a heyday during the 1960s ‘flower child’ movement, and again in the 1990s New Age movement.

How did Pearls, Alexandrites and Moonstones become the birthstones for June?

If you were born in June, you’re lucky enough to have three birthstones assigned to your birth month. Pearl is usually the primary June birthstone, but the option for choice within these three gemstones is what makes those born in June so fortunate.

The idea of a calendar year of gemstones is thought to be an ancient one, with scholars tracing it back to the Breastplate of Aaron as described in the Bible’s book of Exodus. The breastplate was adorned with twelve gemstones that represented the tribes of Israel. The modern birthstone list was then created, and has remained unchanged since 1912. It was defined by the National Association of Jewellers from the United States, and was designed to align with the zodiac signs and the months of the calendar year.

What jewellery pieces do these June birthstones go best with?

Pearls are an extremely popular gemstone for jewellery settings. Examples of types of pearl jewellery are vast, and stretch to pendants, bangles, earrings, brooches, rings, bracelets and drop necklaces. Almost all pearl jewellery created today is made using pearls that have been cultivated and farmed.

The most common jewellery types for the precious alexandrite gemstone are pendants, rings and earrings.